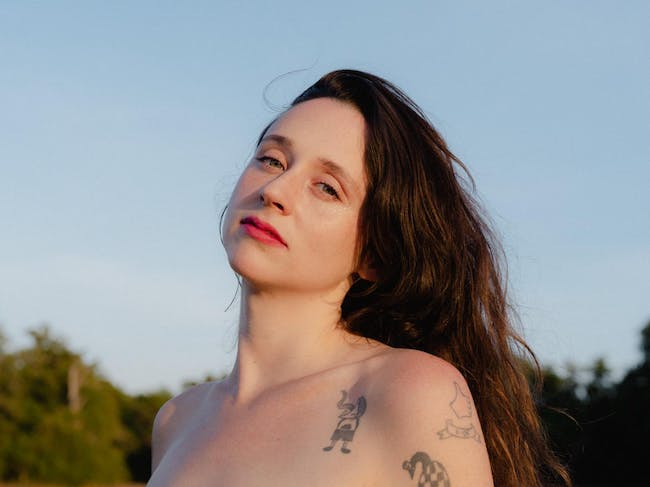 On September 7, Katie Crutchfield’s ever-shifting musical project Waxahatchee returns with the Great Thunder EP. Featuring a collection of songs written with now-dormant experimental recording group Great Thunder while Crutchfield was also writing the Waxahatchee albums Cerulean Salt and Ivy Tripp, the original recordings have mostly faded into obscurity. Unearthing and reimagining them with producer Brad Cook at Justin Vernon’s April Base studio in Wisconsin was a cathartic experience, she says.

On the heels of last year’s critically acclaimed Out in the Storm, Crutchfield found herself looking to take a sharp turn away from the more rock-oriented influences of her recent records towards her more folk and country roots. “I would say that it is a complete 180 from the last record: super stripped-down, quiet, and with me performing solo, it’s a throwback to how I started,” writes Crutchfield. “Overall, the EP is a warm, kind of vibey recording.”

Some of the songs on Great Thunder, like “Chapel of Pines” and “Singer’s No Star,” stayed the same and will be recognizable to those intensely familiar with Crutchfield’s catalog to date, while closer “Takes So Much” was built back up on piano from the bones of the original version, surprising even the songwriter: “Until then, I didn’t realize how beautiful this song was.” As Crutchfield entered April Base to record, she became ill but opted to forge on, beautifully stretching her voice to its emotional limits.