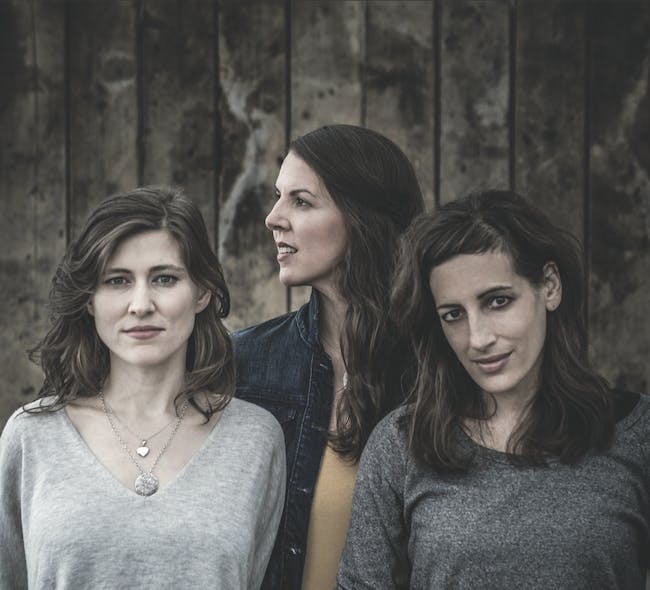 One of today’s most respected folk groups, The Wailin’ Jennys are touring for their most recent release, Fifteen. This long-awaited follow-up to Bright Morning Stars finds the trio bringing their passion and stellar musicianship to a carefully curated collection of some of their favorite songs, including tracks by Tom Petty, Emmylou Harris and Dolly Parton. For members Nicky Mehta, Ruth Moody and Heather Masse, Fifteen celebrates a 15-year musical partnership that has created three award-winning, Billboard-charting studio albums and one magical live recording and brought them a loyal worldwide fanbase. Steeped in the artistry and elegance that has defined their career, Fifteen presents The Wailin’ Jennys at their very best. Produced by The Wailin’ Jennys and engineered by Joby Baker, the album also features additional musicians Richard Moody (Ruth’s brother), Sam Howard, Adrian Dolan and Adam Dobres. Highlights include their moving interpretation of Emmylou Harris’s “Boulder to Birmingham,” their update of Paul Simon’s “Loves Me Like a Rock” (from a women’s point of view) and songs by Jane Siberry, Warren Zevon and Patty Griffin. There’s also a gorgeous full-band acoustic version of Tom Petty’s “Wildflowers.” They also do an achingly beautiful a cappella version of Dolly Parton’s “Light of a Clear Blue Morning” that resonates as a call to hope in these troubled political times.

NPR wrote of their last Newport Folk Fest appearance, “The Wailin' Jennys are more than just impeccable bluegrass harmonizers; they're also terrific bandleaders who give their traditional roots music a sense of real reverence.” It’s this respect for their craft, as well as the Wailin’ Jennys heartfelt, impeccable vocal performances, that has cemented the trio’s reputation in folk and roots music circles.

More information about The Wailin’ Jennys tour schedule and the members’ solo dates can be found at www.thewailinjennys.com or https://www.redhouserecords.com/artists/wailin-jennys/