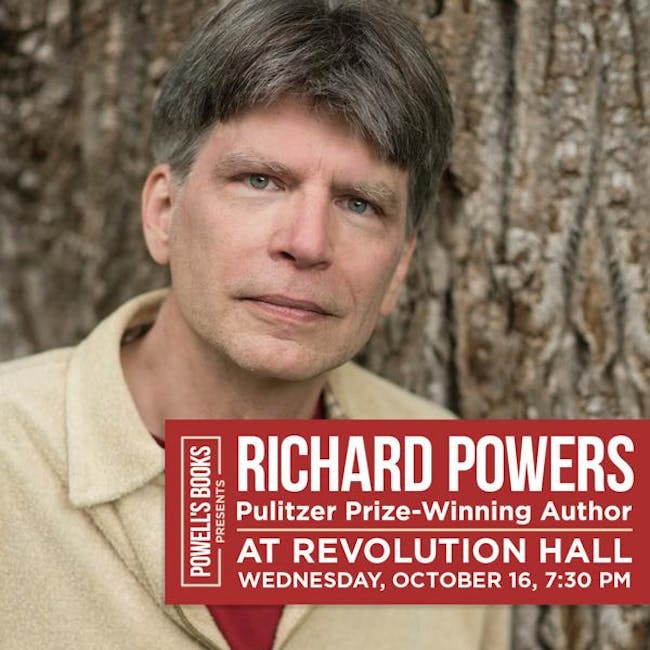 Winner of the 2019 Pulitzer Prize for Fiction, Richard Powers’s The Overstory is a prescient work of fiction arriving at a time of fierce political debate over the environment and a surge in grassroots activism. From one of America’s most “prodigiously talented” writers (New York Times Book Review) comes a magisterial novel about the world of trees and a band of people determined to change the way it is perceived. In The Overstory, the National Book Award-winning author carves a spellbinding tale of lives interlinked across vast stretches of time and space by nature’s powerful, unseen hand.

A year spent under the redwoods of California’s Central Peninsula revealed to Powers the immensity and miracle of trees. In reflecting on his previous novels, he realized he had never fully addressed the fundamental conflict on this planet — the one taking place between humans and the rest of creation. With The Overstory, Powers has written a book for all readers who despair of humanity’s self-imposed separation from the natural world and who hope for the transformative, regenerative possibility of a homecoming.

The Overstory unfolds in concentric rings of interlocking fables that range from antebellum New York to the late 20th-century Timber Wars of the Pacific Northwest and beyond. There is a world alongside ours, Powers reminds us — one that is vast, slow, interconnected, resourceful, magnificently inventive, and almost invisible to us. This is the story of a handful of people who learn how to see that world. The Overstory is at once a novel of resistance, and a stunning evocation of — and paean to — the natural world, perhaps the finest work yet by one of America’s most gifted contemporary writers.

Price includes a copy of Powers’s The Overstory. Books distributed at event. Powers will be joined in conversation by David Naimon, host of the Between the Covers podcast.