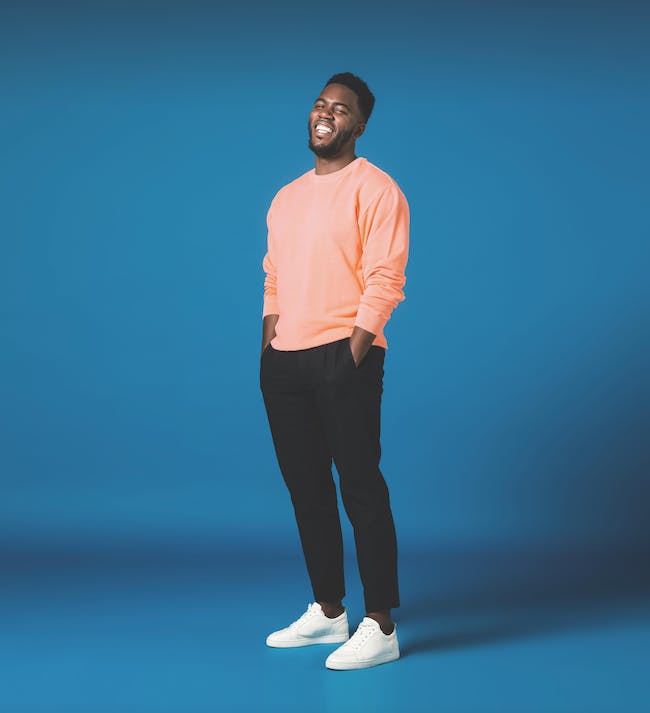 With his high-energy style and stunning physicality, Mo is one of the UK’s fastest rising comedians with an online reach running into multiple millions. His sketches regularly go viral, trend and are co-signed by some of the most famous names in international music including Drake and Stormzy.  Recently named The Funniest Man in Britain by The Times, Mo’s debut Coupla Cans stand up tour has smashed records selling over 50,000 tickets to date including a huge two week West End residency, with numerous dates selling out in minutes.

2019 was another hugely successful year for Mo – with a BAFTA nomination, recording The Big Narstie Show Series 2 and his Channel 4 series, The Lateish Show with Mo Gilligan, which hit the Number 1 Trend on Twitter.  Additional credits include: Live at The Apollo (BBC Two), The Russell Howard Hour (Sky One), The Chris Ramsay Show, Live from the Comedy Store and Rob Delaney’s Stand Up Central (Comedy Central).

His debut Netflix Original Stand Up Special Momentum was globally released in 190 countries. The show was shot at the historic Hackney Empire and features a full live band. The Special was directed by Chris Howe with David Geli, Pollyanna McGirr and Mo Gilligan serving as Executive Producers.