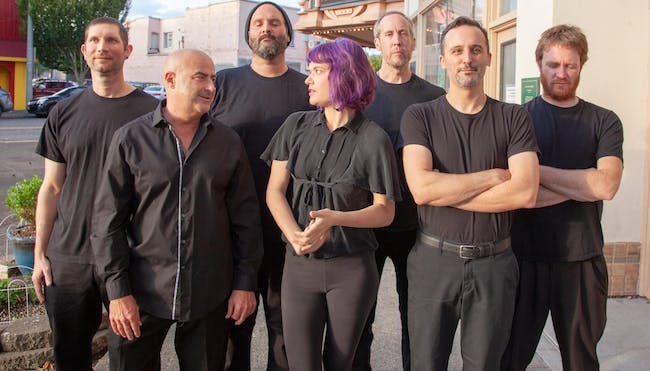 PIGS ON THE WING - ANIMALS TOUR

iCal
Google
This Event is All Ages and Fully Seated. Partially Seated, Dance Floor by Stage

Pigs On The Wing

PIGS ON THE WING – A TRIBUTE TO PINK FLOYD ANIMALS 2019

“Capturing what made Pink Floyd iconic is a hard thing to do, and Pigs on the Wing come as close as anyone we’ve heard. That looming mystique, that inscrutable grandiosity......Those qualities are alive and well with Pigs on the Wing.” - Adam McKinney, OLY ARTS 5/10/17

Tracing its roots to a one-off performance in Portland in 2006, Pigs on the Wing has steadily developed a reputation for delivering a high quality, high energy take on Pink Floyd's music steeped in the NW's own rich musical heritage. All of the members of the band are seasoned veterans of the original rock scene and balance a decidedly un-tribute like attitude towards the music with a deep understanding of the precision and importance of Pink Floyd's music in many fans' lives. The result is a sound and experience both refreshing in delivery and yet true to the original – something the band believes sets it apart from other Pink Floyd tributes.

Animals 2019: Pigs on the Wing has long considered Animals to be their defining experience of Floyd ( not to mention the band's namesake) - and perhaps the album best suited to their own high energy take on Floyd's catalog. Animals is Pink Floyd at their heaviest and most epic, weaving complex progressive rock arrangements into a single conceptual vision unlike anything the band had done before. Fans can expect Pigs on the Wing to deliver a precise, hard-hitting, true-to-the-music performance of the classic 1977 Animals album melded seamlessly with Pigs on the Wing's trademark willingness to explore the improvisational side of Pink Floyd's music - and to let their own musical strengths guide the journey. This year's show will additionally showcase a second full set of carefully curated Pink Floyd music from throughout the Roger Waters era – including the hits and some deep cuts as well. In the spirit of Pink Floyd, Pigs on the Wing's Animals 2019 tour features an immersive visual dimension including a spectacular redesigned light show and live projection mapping for a concert experience unlike any other.