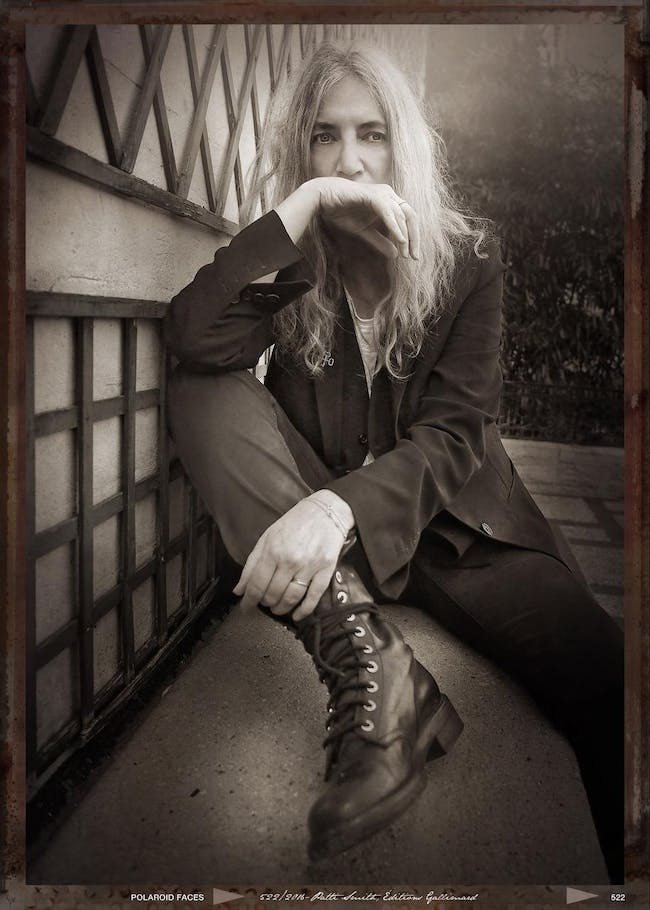 The Patti Smith show scheduled for tonight, March 11, 2020 at The Paramount Theatre is not happening as planned. Please hold on to your tickets, as we are working to reschedule this performance. We will follow up with you as soon as we have more information to share.

Governor Jay Inslee has issued an order to cancel or postpone gatherings of 250 or more through March 31, 2020. Seattle Theatre Group, operators of The Paramount, Moore and Neptune Theatres, will immediately be following this order. We appreciate the leadership of our public officials and will continue to monitor the situation as it evolves to ensure the health and well-being of our patrons, artists and staff before anything else.

We are currently working to reschedule all performances that were set to take place in our venues between now and March 31st. Your patience with us is greatly appreciated, as this process may take some time. We will directly email patrons regarding the status of each performance as details are confirmed. The most up-to-date status for each event is available on our calendar.

Thank you, and we will share more details with you as soon as possible.

Patti Smith, born in Chicago and raised in South Jersey, migrated to New York in 1967.

In 1975 Patti Smith’s first recording, Horses, was inducted into the National Recording Registry at the Library of Congress in 2010 by The Library of Congress by the National Recording Preservation Board. Her subsequent albums are Radio Ethiopia, Easter, and Wave, Dream of Life, Gone Again, Peace and Noise, Gung Ho, trampin, Land, twelve, Banga. Outside Society, and Horses/Horses. She is a four time Grammy nominee, most recently nominated for a 2017 Grammy for the spoken word recording of her latest book M Train, and a Golden Globe nominee for the song Mercy Is from the film Noah.

Author of the acclaimed memoir, Just Kids, which chronicled her friendship and journey in art with photographer Robert Mapplethorpe, Patti Smith was awarded the 2010 National Book Award. Her other books include Witt, Babel, Coral Sea, Woolgathering, Auguries of Innocence, Collected Lyrics, and the 2015 publication of M Train.

Patti Smith’s art has been exhibited at galleries and museums worldwide. Represented by the Robert Miller Gallery in New York since 1978, her exhibitions include Strange Messenger, Land 250, Camera Solo, and most recently “18 Stations”. Steven Sebring’s 2008 documentary, dream of life: the movie, was acknowledged internationally and received an Emmy nomination.

As well as a Rock and Roll Hall of Fame inductee, Patti Smith also holds the honor of “Commandeur des Arts et des Lettres from the French Ministry of Culture, and has been awarded honorary doctorates from Rowan State University, Pratt Institute of Art, and the School of Art Institute Chicago. Patti Smith was honored by ASCAP with the Founders Award, representing lifetime achievement, and the recipient of Sweden’s Polar Award that is an international acknowledgement for significant achievements in music.

February 7, 2013, Smith was awarded the Katharine Hepburn Medal from Bryn Mawr College, which recognizes women whose lives, work and contributions embody the same drive and accomplishments as the four-time winning actress. On May 18, 2014, Barnard College Board of Trustees will present Patti Smith with their Medal of Distinction that honors individuals who have demonstrated a commitment to excellence in their communities, and their careers. On November 1, 2014 Patti accepted the Chicago Tribune Literary Award.

September 2016 Patti Smith delivered the keynote address at Yale’s Windham-Campbell Literature Prize ceremony, in which she delivered a lecture titled “Devotion” which will be published by Yale University Press in 2017 as part of the prize’s “Why Write” series. In November 2016 she was awarded the Burke Medal for Outstanding Contribution to the Arts in Trinity College, Dublin.