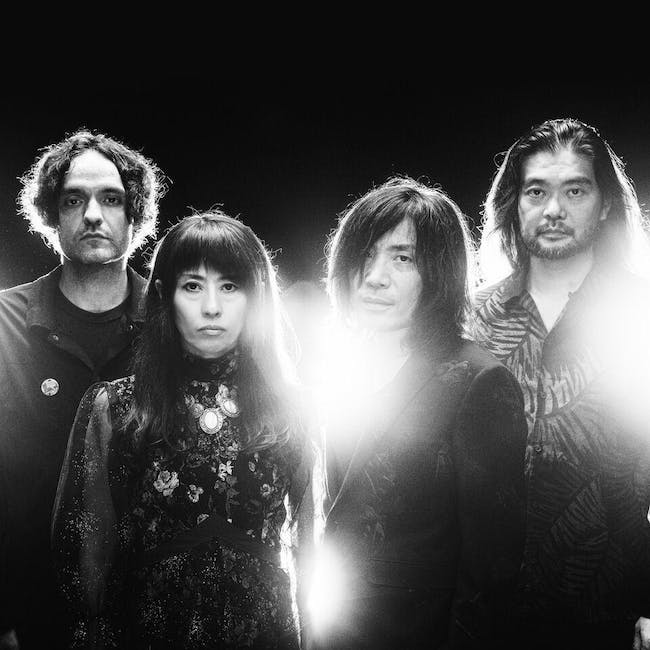 Minor Seating In Balcony Only / General Admission For 21+

The Tokyo, Japan based 4 piece Instrumental Rock band MONO was originally formed in 1999. Their unique approach of blending orchestral arrangements and shoegaze guitar noise in their music has been held in extremely high regard; so much so, that the band’s musicianship can no longer be sustained by Rock music alone and was praised by British Musical Magazine NME as “This is music for the Gods”. One of the most monumental live memories of the band was a special set of shows with 23-piece orchestra in New York, Tokyo, London and Melbourne.  Their annual world tour consists of around 150 shows. The band has now visited over 50 countries and proudly holds the stake of being one of the most internationally successful bands in Japan. Among their fans, they are revered as one of the best live bands in Rock.  After releasing 9 successful albums including a live album with New York orchestra, the band received the highly regarded award “The Marshall Hawkins Awards: Best Musical Score - Featurette” from the Idyllwild International Festival of Cinema for their collaborative short film “Where We Begin” in 2015.  Now in 2016, the band has finished recording their 9th album with Steve Albini at Electrical Audio, Chicago. The album is set for an Autumn 2016 release.

THE ALBUM LEAF has been making its mark as a soft-spoken innovator steadily and surely since 1999. One year after forming the influential San Diego instrumental group Tristeza, songwriter & multi-instrumentalist Jimmy LaValle founded THE ALBUM LEAF, a solo studio project turned full-fledged live band. The diversity of THE ALBUM LEAF’s music is second only to the diversity of the music that has inspired LaValle through the years – the artist has named everything from German Ambient/Psych bands like Can, Cluster and Harmonia to traditional mariachi music, electronic music and Brian Eno as some of his primary influences – and it’s clear that THE ALBUM LEAF is unafraid of thinking outside the box, both as an individual artist & within the larger scope of modern music. This tour will bring Jimmy LaValle back to his solo roots of where it all began.