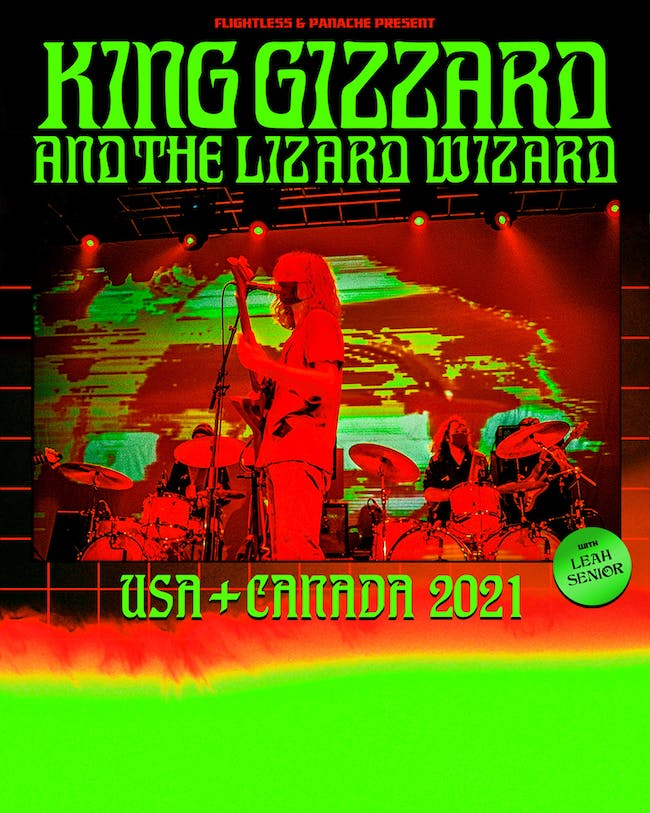 Due to the Oregon Governor's order of no public gatherings, King Gizzard and The Lizard Wizard at the Crystal Ballroom on April 19, 2020 is rescheduled to October 5, 2021 at ROSELAND THEATER.

*NOTE: TICKETS PURCHASED TO THE CRYSTAL BALLROOM ON APRIL 19TH WILL BE REFUNDED AND MUST BE REPURCHASED FOR OCTOBER 5, 2021 AT THE ROSELAND THEATER.**

The stats on King Gizzard’s colourful career are stacking up fast: 15 albums in 7 years (including five in 2017 alone), 10 of them charting in the Top 20 in Australia, where they are now arguably the country’s most innovative, important and productive rock band. International critical acclaim. Headline festival appearances. And perhaps most importantly, a fervent worldwide fanbase who share endless memes, mixes, videos, graphics, theories and discussions, all through which they explore and expand what they have termed ‘The Gizzverse’.