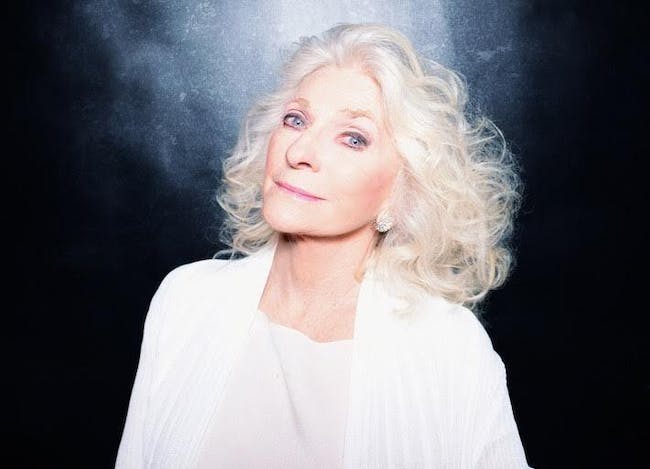 Judy Collins has thrilled audiences worldwide with her unique blend of interpretative folksongs and contemporary themes. Her impressive career has spanned more than 50 years. At 13, Judy Collins made her public debut performing Mozart's Concerto for Two Pianos but it was the music of such artists as Woody Guthrie and Pete Seeger, as well as the traditional songs of the folk revival, that sparked Judy's love of lyrics. She soon moved away from the classical piano and began her lifelong love with the guitar.

Judy has continued an impressive musical career with an extensive catalog from every decade throughout the 60s, 70s, 80s, 90s and up to the present. She has also authored several books, including the inspirational memoir entitled Sanity & Grace. She is co-director, with Jill Godmillow, of an Academy Award nominated film about Antonia Brico, the first woman to conduct major symphonies around the world—and Judy's classical piano teacher when she was young. In 1999, Judy founded her own record label, Wildflower Records, a grass roots artist driven label committed to nurturing fresh talent.

Judy Collins, now 75, is still writing, performing, and nurturing fresh talent. She plays 80 to100 dates a year around the country. Judy Collins, a relentlessly creative spirit, is a modern day Renaissance woman who is also an accomplished painter, filmmaker, record label head, musical mentor, and an in-demand keynote speaker for mental health and suicide prevention. She continues to create music of hope and healing that lights up the world and speaks to the heart.