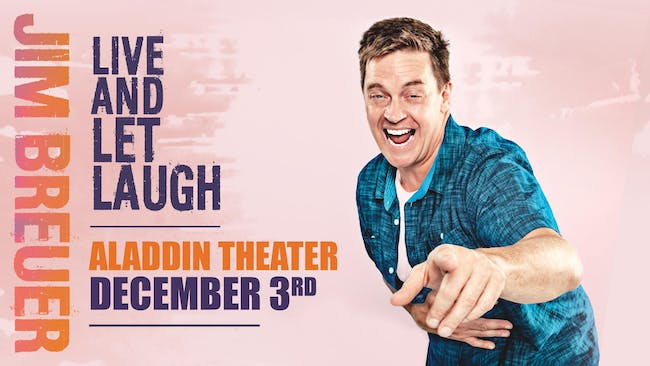 Breuer came to national attention during his years on "Saturday Night Live" and the cult classic film "Half Baked" with Dave Chappelle. Today, Breuer has become one of the top touring comedians, performing to sold out crowds across the globe, and most recently with Metallica as part of their World Wired Tour in North America.

For the last few years, Breuer has shared his dual passions for comedy and baseball through his Facebook video recaps of games. Their viral impact has been massive, with clips being featured on MLB Network and ESPN SportsCenter among others. This past spring, Breuer released a comedy album “Jim Breuer Live From Portland” which debuted at #1 on the iTunes Comedy Album chart and #5 on the Billboard Comedy Album chart.

Having evolved both personally and professionally since his early days on SNL, Breuer continues to grow his fanbase by making every passion in his life – his wife, family, Metallica, and even the New York Mets – into relatable comedy fit for and often draws, the whole family.