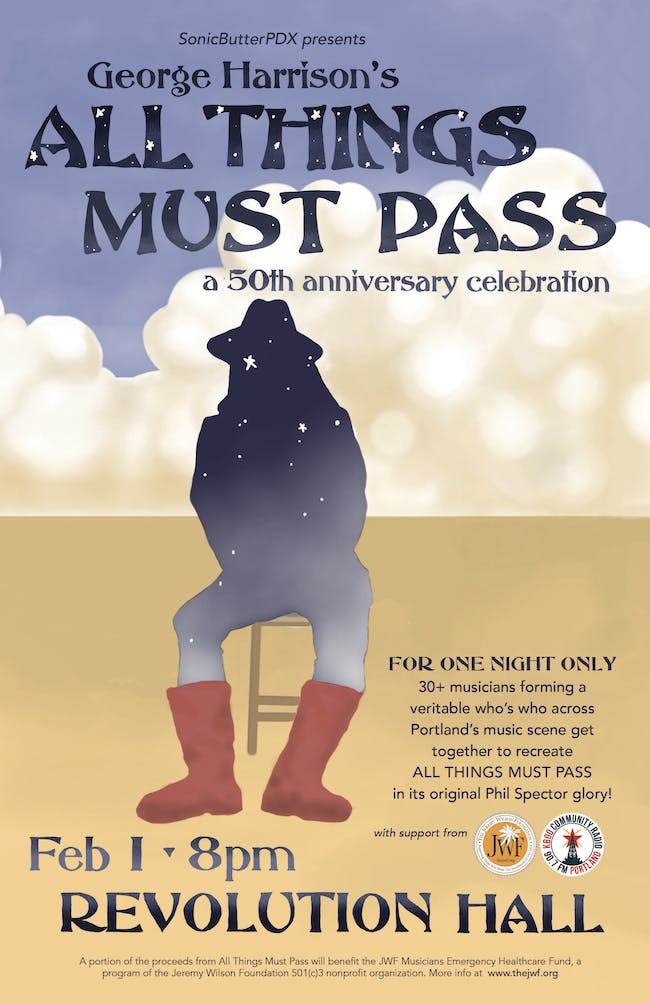 George Harrison's All Things Must Pass – A 50th Anniversary Celebration!

First released by "The Quiet Beatle" on November 27, 1970, All Things Must Pass stands out as Harrison's magnum opus and arguably, the best post-Beatles release by any of the Fab Four.

In 2002, Olivia and Dhani Harrison memorialized George on the one year anniversary of his death with a concert at London's Royal Albert Hall. The Concert for George featured Eric Clapton as musical director and a special opening with an original Indian classical music performance by Ravi and Anoushka Shankar.

For one night only, 30+ musicians, forming a veritable who's who across Portland's music scene, get together to take you back to that star-studded night at Royal Albert Hall. We will give you the first four sides of All Things Must Pass–in all of its original Phil Spector glory–followed up with a wide-ranging retrospective of George's solo career. From I'd Have You Anytime to Hear Me Lord, it's all here, just as you remember it. 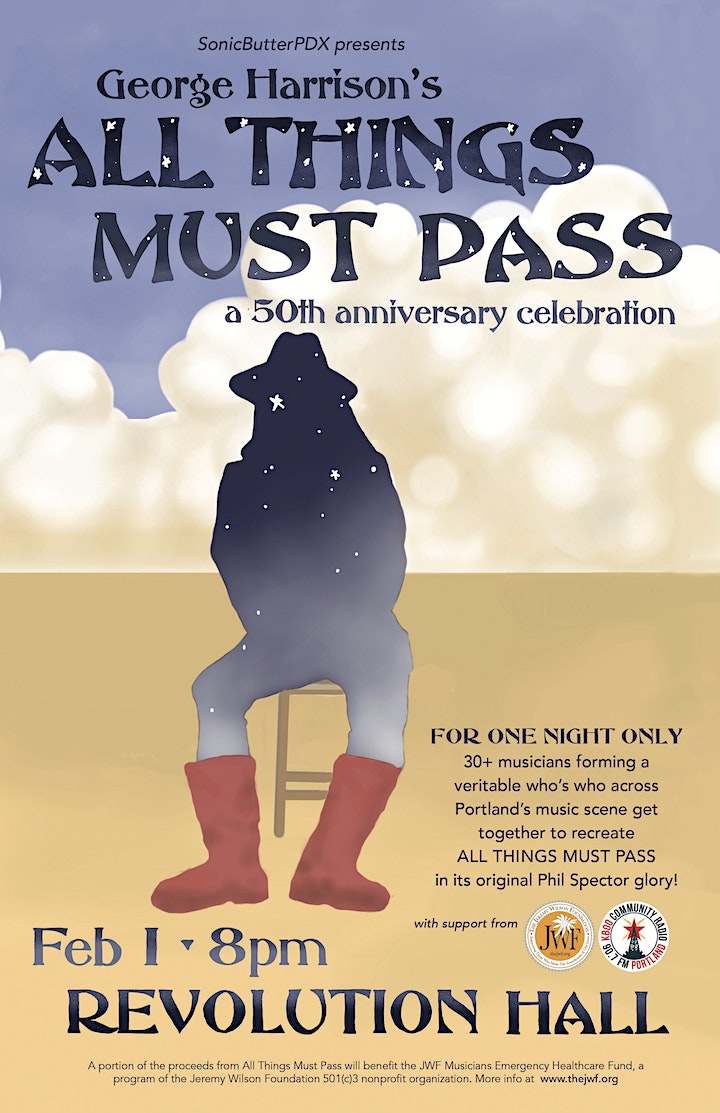