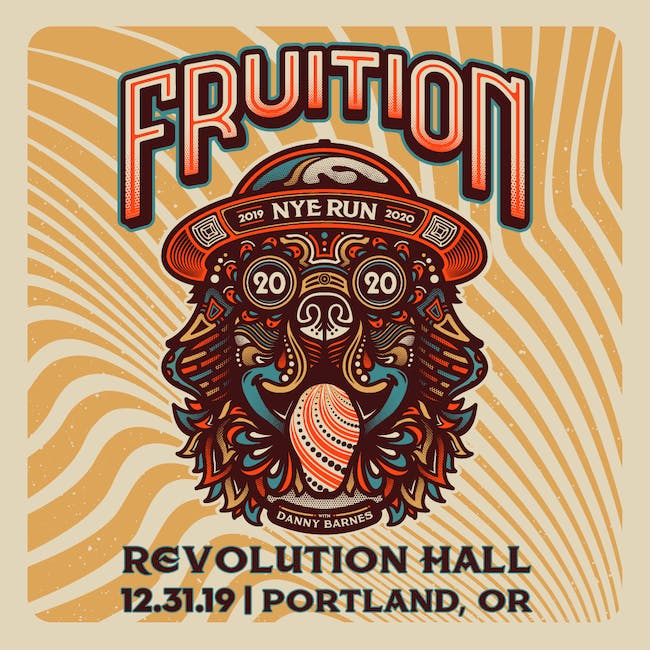 A Revolution Hall NYE with

THIS EVENT IS 21 AND OVER 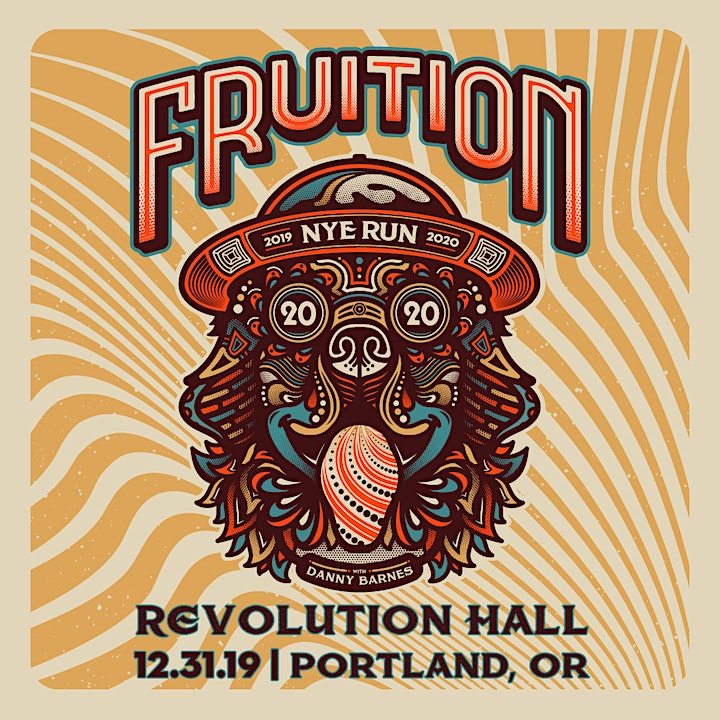 On their fifth full-length, Watching It All Fall Apart, Fruition transform pain and heartache into something truly glorious. With their songwriting sharper and more nuanced than ever before—and their sonic palette more daringly expansive—the Portland, Oregon-based band’s full-hearted intensity ultimately gives the album a transcendent power.

“The songs are mostly breakup songs,” says Asebroek. “There was love and now it’s gone—we fucked it up, or some outside circumstance brought it to an end. It’s about dealing with all that but still having hope in your heart, even if you’re feeling a little lost and jaded.”

In a departure from their usual DIY approach, Fruition teamed up with producer/mixer Tucker Martine (My Morning Jacket, The Decemberists, First Aid Kit, case/lang/veirs) to adorn their folk-rooted sound with delicately crafted elements of psychedelia and soul. Showcasing the sublime harmonies the band first discovered during an impromptu busking session in 2008, Watching It All Fall Apart also finds Fruition more fully embracing their rock-and-roll sensibilities and bringing a gritty vitality to each track. “We’ve been a band almost ten years now, and we’re at the point of being comfortable in our skin and unafraid to be whatever we want as time goes on,” Anderson notes.

Recorded in ten days at Flora Recording & Playback in Portland, Watching It All Fall Apart came to life with the same kinetic urgency found in Fruition’s live sound. “It’s kind of an impossible task, this idea of transmuting the live energy into something you can play on your stereo, but I feel like this record comes close to that,” says Asebroek. At the same time, the band pursued a purposeful inventiveness that resulted in their most intricately textured work to date. “Tucker helped us push ourselves to create something that glistens in subtle little ways that you might not even pick up on at first,” says Asebroek. “We got to play around with all this analog gear and these weird old keyboards we wouldn’t ordinarily use, like a bunch of kids in a toy store where everything is free.”

On lead single “I’ll Never Sing Your Name,” that unrestrained creativity manifests in a fuzzed-out, gracefully chaotic track complete with sing-along-ready chorus. Built on brilliantly piercing lyrics (“And all those kisses that you were blowing/Somehow they all got blown right out”), the song echoes the album’s emotional arc by painfully charting the journey from heartache to acceptance. “It’s about going through a breakup, moping around, and then finally getting to the point where it’s like, ‘Okay—I’m done with feeling this way now,’” says Anderson.

Throughout Watching It All Fall Apart, the band’s let-the-bad-times-roll mentality reveals itself in ever-shifting tones and moods. On the stark and sleepy “Northern Town,” Naja’s smoldering vocals channel the ache of longing, the track’s twangy guitar lines blending beautifully with its swirling string arrangement. One of the few album cuts to have already appeared in Fruition’s setlist, “There She Was” sheds the heavy funk influence of its live version and gets reimagined as a shimmering, soulful number documenting Asebroek’s real-life run-in with an ex at a local bar. Meanwhile, “Turn to Dust” emerges as a weary but giddy piece of psych-pop chronicling the end of a failed romance. The song’s opening lyric also lends the album its title, which partly serves as “a commentary on the general state of the world today,” according to Asebroek. “Even if you’re mostly an optimistic person, it’s hard not to feel down when you look at all the insanity happening right now,” he says.

While those unflinchingly intimate breakup songs form the core of Watching It All Fall Apart, Fruition infuse an element of social commentary into songs like “FOMO” as well. Written on the Fourth of July, with its references to wasted white girls and cocaine cowboys, the mournful yet strangely reassuring track unfolds as what Anderson calls “an anti-party party song.” “It’s about one of those situations where you said you’d go to party but you really don’t want to go, because you know it’s going to be the same old bullshit,” he says. “The song is a call to defuse that guilt in your brain.” And on the sweetly uplifting “Let’s Take It Too Far,” the band offers one of the album’s most purely romantic moments by paying loving tribute to music as solace and salvation (“But don’t you worry ’bout dyin’/’Cause there’s no better way to go/We’ll sing until we’re out of honey/Then pour the gravel down our throats”).

From song to song, Fruition display the dynamic musicality they’ve shown since making their debut with 2008’s Hawthorne Hoedown LP. Through the years, the band has evolved from a rootsy, string-centric outfit to a full-fledged rock act, eventually taking the stage at such major festivals as Bonnaroo and Telluride Bluegrass (a set that inspired Rolling Stone to praise their “raucous originals filled with heartfelt lyrics and stadium-worthy energy”). Following the release of 2016’s Labor of Love, Fruition again made the rounds at festivals across the U.S., prompting Rolling Stone to feature the band on its “8 Best Things We Saw” at DelFest 2016.

In choosing a closing track for Watching It All Fall Apart, Fruition landed on “Eraser”—a slow-building, gently determined epic delivering a quiet message of hope in its final line: “Let it help you heal.” “Because there’s so much heartbreak on this album, we wanted to end on Kellen singing that last line very sweetly,” explains Anderson. “The whole point of having all these sad songs is helping people to let those emotions out—and then hopefully when they get to the end, they feel a little better about everything they’ve gone through along the way.”