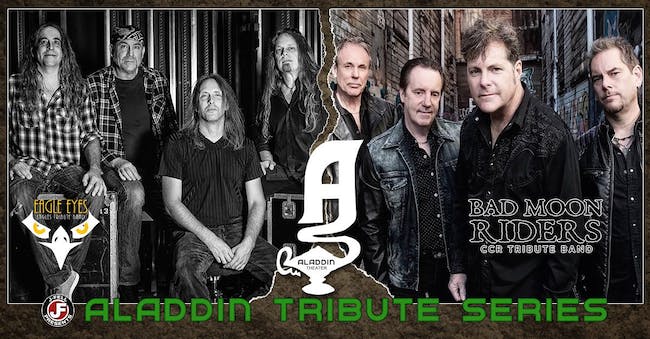 EAGLE EYES, from Vancouver Island, B.C., is 'THE' tribute to the legendary band Eagles. Audiences have not only been mesmerized by their precise vocal styling, but also the detail given to the extensive Eagles catalog of material spanning their Rock n' Roll Hall of Fame Career. You will be blown away with this band's authenticity!

CCR Tribute band Bad Moon Riders are veteran musicians that pride themselves on giving a professional and studio accurate show from start to finish. Bad Moon Riders will transport you back to the golden era of rock.

CCR’s songs – including “Proud Mary”, “Born On The Bayou”, “Bad Moon Risin’”, “Green River”, endure as timeless rock and roll classics that defined the spirit and sound of North American music as authentically as any group ever has.

Bad Moon Riders take great pleasure in faithfully recreating the music of CCR just as you remember it, lived it, and loved it!