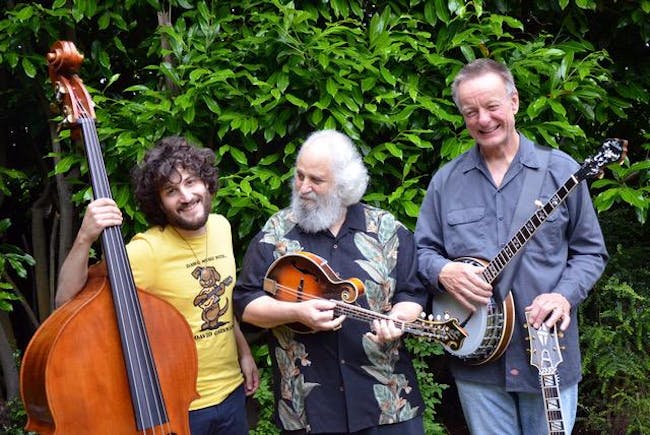 Originating a signature mix of bluegrass, gypsy jazz, Latin rhythms, klezmer music, and myriad global influences into a holistic approach he calls “dawg music,” David Grisman began his career during the explosive folk and blues revival of the 1960s, working in the Even Dozen Jug Band with future stars Maria Muldaur and John Sebastian before launching a career as a solo artist and a collaborator with gypsy jazz legend Stéphane Grappelli, Del McCoury, Red Allen, Bonnie Raitt, and Grateful Dead guitarist Jerry Garcia, among others. Grisman’s iconic 1975 acoustic quintet album with Jerry Garcia, O ld and in the Way, became one of the best-selling bluegrass albums of all time. In the same year, he formed his most enduring ensemble, the hugely influential David Grisman Quartet, which is still active today.

Texas-born banjoist Danny Barnes is a visionary musician equally informed by the bluegrass tradition and the punk rock of his youth. Founding member of the Austin string trio Bad Livers, Barnes has worked with artists including Bill Frisell and the Dave Matthews Band. He was the 2015 recipient of the Steve Martin Prize for Excellence in Banjo and Bluegrass. Dave Grisman’s son, Sam Grisman, will join the trio on bass.