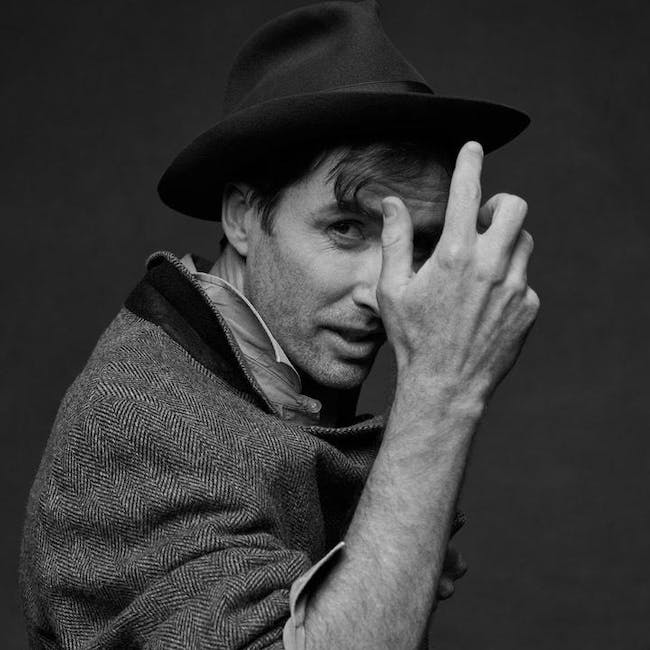 True West Presents at the Paramount

In recent years, Bird performed as the Whistling Caruso in Disney’s The Muppets movie, scored the FX series Baskets, performed at the New Yorker Festival, and collaborated with inventor Ian Schneller on Sonic Arboretum, an installation that exhibited at New York’s Guggenheim Museum, Boston’s ICA, and the MCA Chicago. Bird has been a featured TED Talks presenter and a New York Times op-ed contributor. Additionally, Bird hosts an ongoing livestreamed series of performances called Live from the Great Room, putting the creative process on display for fans as he performs and converses with friends and collaborators in a candid, intimate setting.

More recently, Bird has released a series of site-specific improvisational short films and recordings called Echolocations, recorded in remote and acoustically interesting spaces: a Utah canyon, an abandoned seaside bunker, the middle of the Los Angeles River, and a reverberant stone-covered aqueduct in Lisbon. Bird’s latest album, My Finest Work Yet, is out March 22, 2019 on Loma Vista Recordings.

There are albums dedicated to personal pain, or political protest, love, death, nostalgia, rage. There are those that are simply fun, glossy, the soundtrack to a good time. Some are exploratory, a musical journey, shapeshifting soundmaking, a new way to do an old thing. An artist can make a choice about concept and content, or heed a vision, follow their muse or their manager. But in times so extreme and overwhelming, when there is no known expression for the feeling, no satisfactory direction for art or action, then they might take refuge in a process, a ritual, something familiar, the shape and sound of which recall another time altogether, so that they can weather the present long enough to call it the past. Some albums are testimony, some confessions, and some are escape. “Ventriloquism”, the latest album from MESHELL NDEGEOCELLO, is a place, like its process, to take refuge from one storm too many.

Musically, Ventriloquism has the hallmarks of all of Ndegeocello’s work, lush and investigative, subversive and sublime. As always, she pays tribute to her diverse influences and in these eleven covers, we hear them layered over one another. Ndegeocello filters “Tender Love” through a folky, Californian filter and brings Vaudevillian accents to “Sensitivity”. She recreates Smooth Operator in five, and turns “Private Dancer” into a sultry waltz. The reimagining affords not just a new musical experience but also a comment on the narrow expectations of sounds and structures for black artists and black music.

“Early on in my career, I was told to make the same kind of album again and again, and when I didn’t do that, I lost support. There isn’t much diversity within genres, which are ghettoizing themselves, and I liked the idea of turning hits I loved into something even just a little less familiar or formulaic. It was an opportunity to pay a new kind of tribute.”

This album was recorded in Los Angeles with the familiar family of partners and players that Meshell has worked with for years. Chris Bruce plays guitar, Abraham Rounds is on drums, Jebin Bruni co-produced the album and plays keys. S. Husky Huskolds engineered while Pete Min mixed and mastered. Lasting and collaborative relationships with her fellow musicians is among the most important parts of music making for Meshell, prompting her to say on more than one occasion: “Meshell Ndegeocello is a band”.

Some tracks were selected for their reflections: The album opens with “I Wonder If I Take You Home”, which marked the early influence of Prince and Hip Hop on commercial pop, and was a reference for Ndegeocello’s own “If Thats Your Boyfriend”. Constantly asked to be “funky”, Meshell includes “Atomic Dog” as a reminder that the heart of funk is ineffable and irreverent, not just acted in showy flourishes, slaps, or noodling. Other songs offered an outlet for plain emotional truths: “Waterfalls” was stripped down, and delivered as an honest and needed personal lament. “Sometimes It Snows In April” has an extended intro, an accidental result of the band’s desire to delay the new and inevitable sadness of the song. “Funny How Time Flies” approaches sarcasm in its ominous and lonely sounds, exemplifying how these times – personally for Meshell, politically for many – are neither flying nor fun.

“The year around the recording of this album was so disorienting and dispiriting for me personally and for so many people I know and spoke to all the time. I looked for a way to make something that was light while things around me were so dark, a musical place to go that reminded me of another, brighter time.”

A final note to the listener, Meshell chose art for the album package that hints at what’s inside: A graphic V, a hidden M, the artwork is symbolic, sexy, and calls on the language of protest of the era these songs were mined from. With no words or pictures, the artwork is itself a declaration that even when you cannot imagine what to say, if you come together to create, you can find transformation and reinvention, the old can become new, today can become tomorrow.

A portion of the profits from this album will be donated to the American Civil Liberties Union.