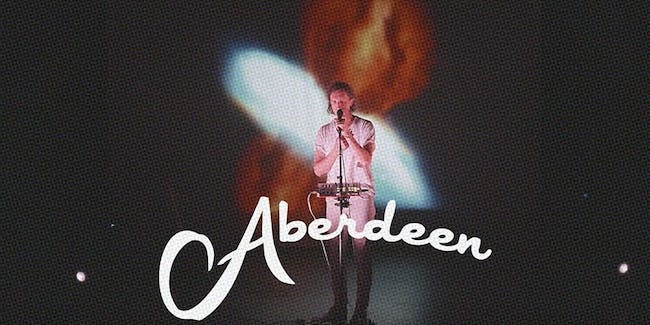 Matt took a job as a forester in the rainy and iconic logging town of Aberdeen, Washington. His new home - a remote and run-down cabin in the woods- was supposed to be the perfect place to reflect and write songs about a recent breakup and the devastating loss of his mother. But things have a way of taking unexpected turns in Aberdeen and it would take almost a decade for those songs, and the stories behind them, to be heard.

The story recalls Matt's attempt to restart his life, record an album, and his entanglements with an eccentric local couple living near his isolated cabin in the woods. Casey, the family’s young mother, is a logger and the family’s primary breadwinner. Andy Flood (or “Flood” as he prefers to be called), is obsessed with proving his worthiness despite his fragile disposition and increasing paranoia about mysterious events occurring in Aberdeen. Flood slowly lets Matt into his strange universe, a fascinating journey that takes a terrifying turn after Flood reveals that he may have opened a portal to another universe in his tool shed.

These elements combine into an experience that The National's Matt Berninger calls “...a trip. Every time I thought I had it’s number it pulled out the rug and surprised me. Beautiful songs and a truly unbelievable story. Apparently all true.”