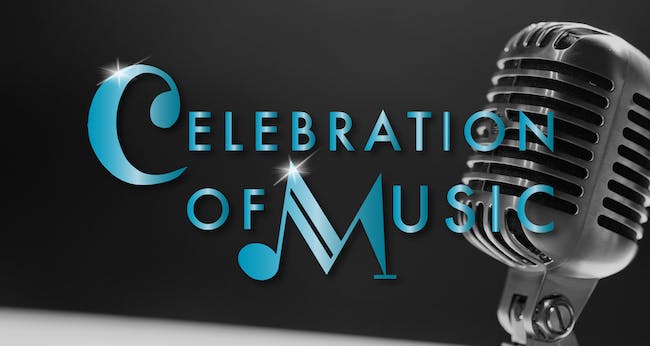 A Celebration Of Music

Join your hosts, Justmaiko, Tony Lopez and Ondreaz Lopez, as they present up and coming talent in cities across America.

Contestants of this event are vying for a chance to be on a nationally distributed television music show called Celebration of Music filming in Los Angeles, CA, starring national artist Ethan Bortnick. From bands, soloists, duets, choirs, instrumentalists, a cappella, and dancers, you’ll see a wide range of curated talent from contestants age 5-25 live on stage in your city.

Audience members will be able to place their votes, helping determine the winner, who will be announced at the end of the live show!

Your hosts, (Just Maiko, Tony Lopez, and Ondreaz Lopez) will put on a special performance, and you will witness why they have become some of the most influential dancers on TikTok.

At the end of the event, Ethan Bortnick will close off the evening, with a special performance for the entire audience and will announce the winners of this event.

** ALL SOLD OUT EVENTS WILL BE STREAMED WORLDWIDE ON ALL MAJOR PLATFORMS.

The Celebration of Music concept was inspired by Ethan Bortnick and his desire to give young musicians the same opportunities PBS Television afforded him. Ethan was discovered, when he was 6 years old by Jay Leno (Tonight Show). He then made multiple appearances on the Tonight Show, Oprah and dozens of other national shows and has been featured hundreds of times in National and International publications.

Since then, he has headlined over 1,000 Live Concerts around the Globe, has had 4 National TV Concert Specials, was certified by Guinness world records as the youngest musician to headline a tour (beating out Michael Jackson's old record), appeared on the re-make of We Are The World, and has shared the stage, recorded with and/or worked with artists such as Beyonce, Justin Bieber, Jonas Brothers, Kid Cudi, Snoop Dog, Lil Wayne, Elton John, Celine Dion, Quincy Jones, and many others.

Ethan has perfect pitch and can hear music and replicate it immediately.

But his proudest accomplishment is that he has used his music, concerts, TV appearances and his music career to raise over $50,000,000 for charities worldwide and helped and inspired millions across the globe. Celebration of Music is the latest project for Ethan to be able to inspire and allow other incredibly talented artists to share their music and art.

Ethan has teamed up with Justmaiko and the Lopez Brothers, some of Social Media's most influential and talented artists, to host these local concerts/events around the country.

Michael Le, also known as Justmaiko, is a content creator known for his dancing that's mixed with comedy and out of the box creativity. He started in 2015 as a professional dancer and choreographer but then moved his focus towards social media. He has grown the majority of his following from Tiktok with over 4m followers and strives to inspire the kids of the new generation to do what they love.

Tony Lopez is one half of the popular dance duo known as the Lopez Brothers. He displays his dances all over social media such as Tik Tok and Instagram, which has grown over 3.5 million followers across the globe. His talent shows true creativity and personality, promoting positivity and inspiration to the viewers around the world.

Ondreaz Lopez is one half of the viral dance duo, The Lopez Brothers. He has shocked and entertained many and has amassed a following of 4.5 million followers around the world by doing so. He has utilized creativity to translate his emotions through extensive dance skills and has set many viral trends such as his famous dance, “the DreSway”. He prioritizes the influence he has on social media to inspire other individuals to not be afraid to be creative in their own way and to have fun in the process. Ondreaz continues to create through dance and has some surprises in store for the future!